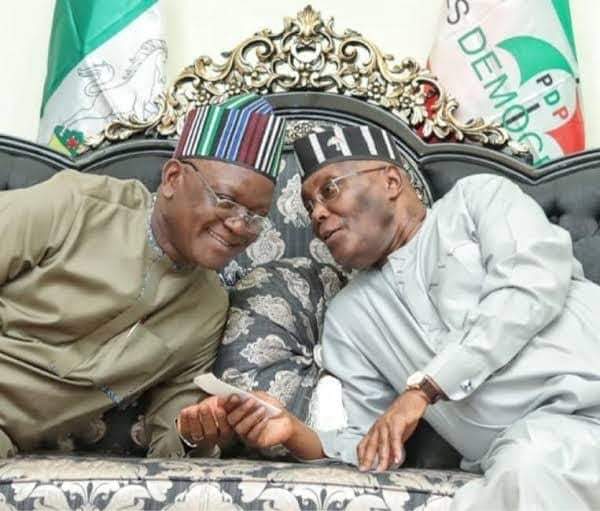 Samuel Ortom, governor of Benue, says he is “fasting and praying” for divine guidance before deciding to support Atiku Abubakar, the presidential candidate of the Peoples Democratic Party (PDP), in the 2023 elections.

The governor spoke in a chat with Arise TV on Wednesday.

In May, Atiku had fended off a close challenge from Nyesom Wike, governor of Rivers, to clinch the PDP presidential ticket.

Speaking on the development, Ortom praised Wike as “somebody who stood for the party and made sure that things worked”, adding that “some of us believed in him” as the party’s best choice for the vice-presidential candidate.

He added that he will be supporting Atiku’s presidential bid only if God directs him.

All of us have our weapon; Wike can be ‘something something’ but when it comes to mobilisation, impact, value addition and reaching out to make sure that the party works the man is an instrument. He’s somebody who stood for the party and made sure that things worked. Some of us believed in him, but unfortunately, it was somebody else. But the party is supreme,” he said.