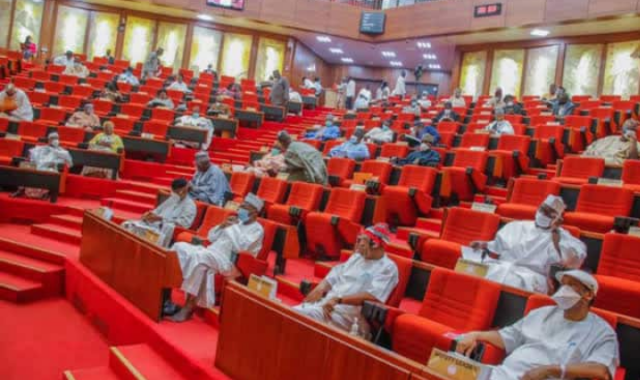 Recall that the ruling party had recently lost about 13 senators to the opposition parties over some grievances.

Meanwhile, the APC chairman went to the National Assembly to dissuade the senators from defecting from the ruling APC.

The parliamentarians are aggrieved after losing their return tickets to the National Assembly during the party primaries.

Currently, the five minority parties in the upper chamber have 43 senators with the PDP boasting 39 senators, while the Young Peoples Party, All Progressives Grand Alliance, Labour Party and the New Nigeria People’s Party have four senators.

Punch Newspaper reports that a lawmaker who spoke on the condition of anonymity, stated that the party chairman had to come down to the National Assembly to dissuade the senators from defecting from the ruling APC. The lawmaker was quoted to have said:

“The party chairman came to have a meeting with the APC senators because he said that they learnt through intelligence that not lesser than 20 more senators were planning to defect to other parties within the next one week.

“The chairman asked each of the aggrieved senators to lay bare their grievances which we all did one after the other. Having heard our problems, the chairman instructed that we put them into writing.”

He stated that the planned defection is because the senators were denied the party’s ticket to contest the 2023 elections.

Expressing worry over the mass defections in the party, Fani-Kayode in a tweet on Wednesday said something must be done to prevent it.