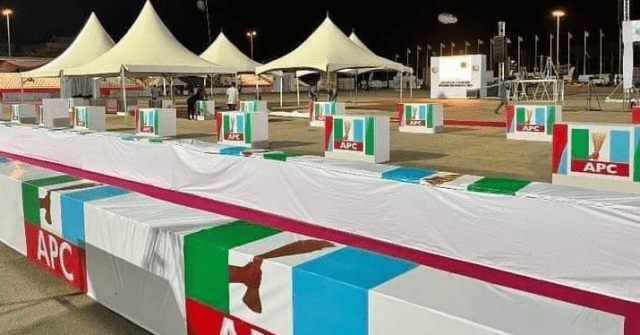 Most of those who defected were protesting the outcome of the just concluded party primaries in their respective states.

Six disgruntled chieftains of the All Progressives Congress (APC), including lawmakers and a former deputy governor, have terminated their membership in the party and have defected to other political parties in Bauchi State.

The defections are a major blow to the aspiration of the party to topple the ruling Peoples Democratic Party (PDP) in the state in the 2023 governorship election. The incumbent governor, Bala Mohammed, is seeking his second and final term as governor.

The gale of defections from the APC blows beyond Bauchi. In some states in the north of the country, aggrieved members of the party are leaving in droves and joining other political parties.

Many of the defectors were discontent about the conduct of the party’s primaries.

In Bauchi State, the senator representing Bauchi South District, Lawal Gumau, defected from the APC to the New Nigeria Peoples Party (NNPP) after he failed to win the APC primary election to represent his zone.

Similarly, Halliru Dauda – Jika, the senator representing Bauchi Central switched parties after he failed to get the governorship ticket of the APC.

In the same vein, Yakubu Shehu, the House of Representatives member Bauchi constituency, quit the party after his failed attempt to secure the party’s senatorial ticket. He has not announced the new party he moved to.

Though the immediate former deputy governor of the state, Abdu Sule – Katagum, did not contest to be the party’s representative for any elective office during the primaries, he ended his membership of the party for what he described as a “lack of principles”.

In Katsina State, the three House of Representatives members who defected to the New Nigeria Peoples Party (NNPP) sought a return ticket but were all defeated.

Leading the pack of the defectors is the incumbent House of Representatives member representing the governor’s constituency, Malumfashi/Kafur, Babangida Talau. The other two lawmakers are Armayau Kado representing Kurfi/Dutsin Ma, and Aminu Ashiru of Mani/Bindawa constituency.

One of Mr Kado’s legislative aides, Bature Ibrahim confirmed that his boss defected to the NNPP and would now seek to retain his ticket under the NNPP.

Mr Talau has “won” the NNPP ticket to contest for the Katsina South Senatorial seat.

While Mr Abdullahi who got eight votes during the primary last month, joined his former party, the PDP, Mr DanKani joined the Action Alliance and is now its governorship candidate in Katsina State.

In Sokoto, Wamakko still the leader

The defectors in Sokoto State, as reported by PREMIUM TIMES were mostly those involved in an internal fight with the party leader, Aliyu Wamakko, a former governor.

The member representing, Gwadabawa/Illela/, Abdullahi Salame, had fought Mr Wamakko for the control of the party structures.

After the decision of the party’s national headquarters to identify Mr Wamakko’s faction as the legally constituted faction, Mr Salame remained in the party but after he lost the governorship primary to Mr Wamakko’s preferred candidate, Ahmed Aliyu, defected to the PDP, the ruling party in the state.

Isa Kurdula, the member representing Gudu/Tangaza, also defected to the PDP after failing to get the ticket to re-contest for his seat.

A former minister of culture and tourism, Bello Jibril, also joined the PDP but has not made public the reasons for his defection.

“My commitment to running an issues-based campaign is unwavering.” – Frank Nweke Jr