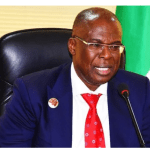 The Minister of State for Petroleum Resources, Chief Timipre Sylva, has said ss a country, Nigeria still cannot tell the exact volume of Premium Motor Spirit, popularly called petrol, which consume on a daily basis, in the country.

Timipre Sylva stated this just as oil marketers explained that Nigeria’s inability to give a definite figure on the amount of petrol it consumes daily was due to the continued smuggling of PMS out of the country.

The Minister of State for Petroleum Resources, Chief Timipre Sylva, disclosed this in an interview with his media team, led by his Senior Adviser, Media and Communications, Horatius Egua, which was made available to our correspondent on Friday.

Asked to react to the N3tn fuel subsidy proposal by NNPC, amid concerns about the country’s PMS consumption figure, Sylva replied, “I would have preferred that this question be directed to the NNPC.

“I have made my views known about this issue in the past. NNPC has agreed with me that they are not certain about the exact consumption figure.”

He said the truth was that if the country’s petroleum products were smuggled outside the country, nobody could say what volume was involved today, tomorrow or next week, adding that NNPC could not say they know these figures.

“It’s more or less fueling a criminal economy. The NNPC imports the products, and nobody knows the exact destination of the products at the end of the day,” Sylva stated.

He added, “The imported products come to Nigeria, and from there filters out of our borders to neighbouring countries.

“So, as a country, we cannot tell the exact volume of petroleum products that we consume on a daily basis. All we have been doing is to assume the level of consumption over a period and work with that.”

He, however, expressed belief that the NNPC probably had a better answer to this, stressing that “personally, I dont.

“I have said this publicly before that I don’t know the figure. When I assumed office, initially I was told that our daily consumption was 66 million litres.

“Then, when fuel prices increased from N145 to N162, the consumption figure temporarily fell to about 40 something million litres per day, because the arbitrage opportunity reduced,” Sylva stated.

“At this rate, I have said if anyone is looking at a criminal enterprise, look no further than the fuel subsidy.”

This, the minister said, was why he had continued to advocate the removal of fuel subsidy from the country’s PMS pricing template and deregulate.

He said the President, Major General Muhammadu Buhari (retd.), had done everything to resolve the issue, including the closure of the country’s borders with neighbouring countries, yet the criminality was not stopped.

“The truth is that what the President could do was to close the ‘formal’ borders. What about the illegal routes?,” Sylva asked.

On what could be done, the minister said if the subsidy component was taken out through deregulation, smuggling of PMS to neighbouring nations would cease.

“Of course, we need the market from there. But now we are punishing ourselves because every litre we import at our expense will always find its way outside the country,” he stated.

He added, “Now, the government is trying to subsidise our citizens so that our people will at least get the benefit of the subsidy on petroleum products.

“But, now because of how our borders are, it is very difficult. Now, we are inadvertently subsidising the whole of Africa. This is the thing we cannot handle.”

Also speaking on the matter, the Executive Secretary of the Major Oil Marketers of Nigeria, Clement Isong, told our correspondent that the cheap fuel in the country had remained an incentive to smugglers.

He said, “The higher the price (of petrol) is outside the country and you see prices where they are in the country, the natural response is that normal people such as farmers, okada drivers, transporters, etc, will leave their jobs to go and sell petrol.

“This is because of the mark-up. This is why, particularly in Abuja, you see many people carrying jerrycans of fuel selling them on major roads. This also plays along our borders.

“For as long as the international price continues to rise and we keep our own prices where they are, what will happen is that those countries will suck the products out of Nigeria and you simply will not find the product in Nigeria.”

Isong added, “If you go to those countries, the marketers there will tell you that they are unable to sell because of the product coming from Nigeria is killing their market. This happens in all the countries around Nigeria.”

He stated that the normal supply chain volumes would continue to go down because the products were leaving Nigeria, describing those smuggling out PMS as ordinary everyday citizens.

“This is because they simply make more money buying from here at N162-N165/litre and going across the border to sell at N500/litre. It is more money for them and it is simply the law of economics, called arbitrage, which is a market distortion,” Isong stated.

He added, “And it is what the subsidy on petrol does on Nigeria, a market distortion. Something is worth N500 and you’re selling at N200. Now where you’re supposed to find it at N200 you will not see it because it has moved to where the actual value of N500 is.

“This can also contribute to the scarcity we see in parts of Nigeria. That is why NNPC if it is meant to normally supply 60 million litres per day, for it to keep queues out of filling stations, it will have to increase its supply to 90 to 100 million litres. That’s the problem.”

The MOMAN official said Nigeria must wean itself of fuel subsidy, “because we are killing both our present and future.

“We simply cannot afford it. We are borrowing money for it.”