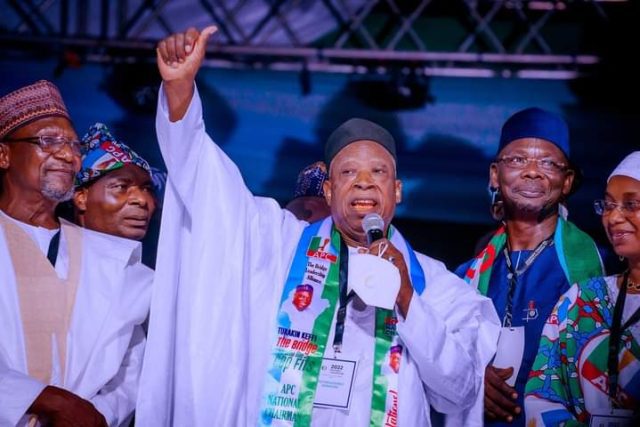 The newly elected national chairman of the All Progressives Congress, (APC), Abdullahi Adamu, says politicians are not strangers to pain and disappointment in the outcome of the political process.

The former governor of Nasarawa state said the success of the APC convention is causing pain to the opposition party but members must resist every temptation to blow every personal difference into a full-blown party crisis.

Senator Abdullahi said he will continue to count on the cooperation and loyalty of the party. He added that it is time to do things differently to avoid opposition taking advantage

He urged the media to follow the path of the pioneers of journalism in working for the success of the country.

Senator Abdullahi appreciates party members for the confidence reposed in him and promised never to disappoint the party, the nation, Africa and the world.